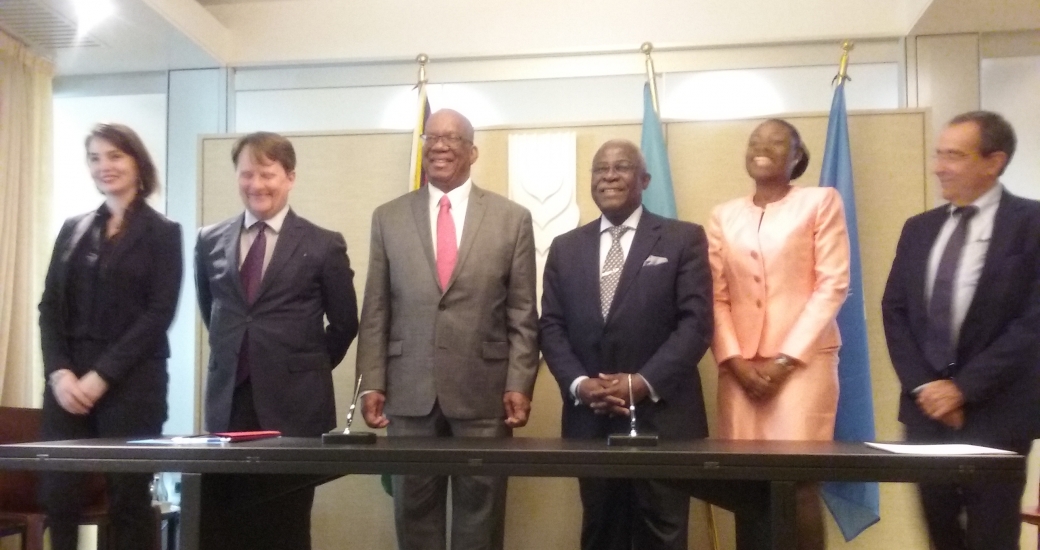 Remarks by Hon Minister of Finance at IFAD HQ

Your Excellency, President Kanayo F. Nwanze, other officials of the Bank, Ladies and Gentlemen:

It is always an enchanting and riveting experience to visit the ancient city of Rome. The architecture, the history, the people, the food – these are all exotic elements of this land that always make for memorable visits.

It is also a privilege to visit Rome for the first time in my capacity of Minister of Finance for the Cooperative Republic of Guyana, having traversed this landscape in 1988 and 1989.

Since acceding to Office, in May 2015, my Government has undertaken an analysis of the factors that are impeding real growth in Guyana. The findings of this modest, but in- depth, analysis have led to the following observations:

Growth in the agricultural sector has always been seen as an important element in the plan for reducing poverty, developing financial resilience and providing the good life for all of our peoples. Some of the strategies through which this can occur  are:

It is against this backdrop that the Hinterland Environmentally Sustainable Agricultural Development Project, “Hinterland Project”, was designed.

This US$10.89 million operation is expected to boost the Government’s efforts in diversifying the economy, with special focus on the Agricultural Sector, by shifting small farmers from traditional crops to the farming of non-traditional, in demand crops, with high value added potential. This, in turn, will open up new markets and new trade agreements for Guyana.

The impending loan will also support Government’s drive to link the Coastland to the Hinterland by opening up new farming communities in the hinterland region, Region #9, and the higher interior lands of Region #1. The creation of these new opportunities within these newly re-invigorated communities will also foster stronger local government and local community participation, thereby promoting growth through added human resources. In short, this project will:

My Government’s strategies to support the work of small-scale farmers will also be realised through the establishment of financing instruments to farmers who reside in Regions 1&9.

In closing, Mr. President, I acknowledge the efforts of the staff of the International Fund for Agricultural Development (IFAD), staff of our Ministry of Agriculture and my own staff in the Ministry of Finance who worked feverishly towards designing this key operation for Guyana’s Agricultural Sector. We are most grateful!

Mr. President, as Guyana enters into the dawn of a new phase of its economic and social development, we will continue to count on IFAD’s financing and expertise to realise our vision, goals and objectives in the Agriculture sector.

Remarks delivered by the Hon. Winston Jordan, Minister of Finance, at the Opening of the Student Loan Agency Building, University of Guyana

Hon. Winston Jordan Speaking on the occasion of the Launch of the 2016 Caribbean Human Development Report