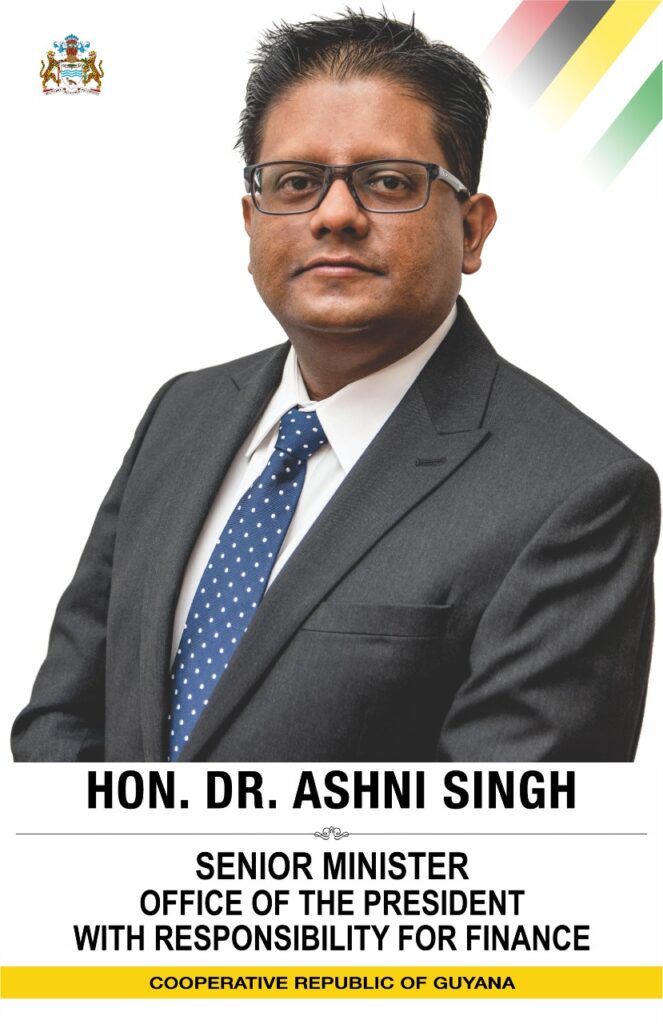 Currently serving his third term as Minister of Finance and formerly the Minister of Finance during the People’s Progressive Party/Civic’s (PPP/C’s) two previous terms in office, Dr. Singh was first appointed as Minister of Finance on September 9, 2006 and served continuously in that capacity until May 2015. When he left ministerial office in 2015, he was recruited by the International Monetary Fund (IMF) where he worked for five years on a diverse range of country issues in Africa, the Middle East, Central Asia and Europe, until he took up his current appointment which commenced in November 2020. During his previous tenure in his capacity as Minister of Finance, Dr. Singh chaired the 2007 Commonwealth Finance Ministers Meeting as well as the Commonwealth Ministerial Debt Sustainability Forum between April 2008-April 2009. He also represented (and once again now represents) Guyana on the Boards of Governors of the International Monetary Fund (IMF), the World Bank Group, the Inter-American Development Bank (IDB), and the Caribbean Development Bank (CDB). Before being appointed Minister in 2006, Dr. Singh served in several senior public finance capacities in Guyana’s civil service including as Director of Budget in the Ministry of Finance and Deputy Auditor General in the Office of the Auditor General. He also served concurrently in other capacities including as Chairman of the Governing Board of the GRA, member of the Governing Council of the University of Guyana and member of the Boards of Directors of several public sector corporations. Dr. Singh is the holder of a Doctor of Philosophy (PhD) Degree in Accounting and Finance awarded by the University of Lancaster in the United Kingdom. The Honourable Minister was a Queens College student, is married and the father of two sons.