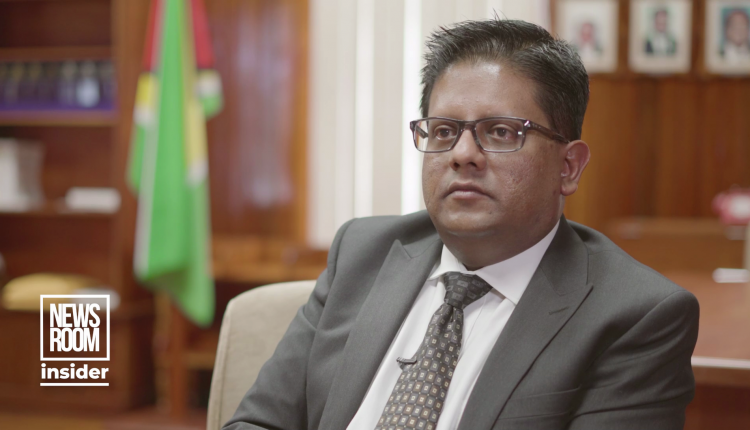 ‘Reinstatement required by COTED ruling, as they are well aware’

The Ministry of Finance has taken note of a release by the A Partnership for National Unity /Alliance For Change (APNU/AFC) leadership which attempts to convey that party’s indignation at a notice published by the Guyana Revenue Authority (GRA) regarding Guyana’s intended reinstatement of CARICOM’s Common External Tariff (CET) on soaps falling under the tariff heading HS 3401.

The fact of the matter is that the APNU/AFC has been well aware for the longest while that, in 2018, Dominica had filed an official complaint at the Caribbean Community (CARICOM) Council for Trade and Economic Development (COTED) against a number of member States which were applying rates of duty on extra-regional soap less than the prescribed CET rate of 40 percent. Guyana was amongst those countries, given that we were charging at the time a rate of 20 percent. COTED ruled on the matter and directed that all such member states which were in violation of the CET should reinstate the 40 percent.

Following the 2018 ruling by COTED, the then APNU/AFC government started to take steps to implement the reinstatement of the CET, including drafting the required legal instruments. They, however, did not proceed to finalize these, presumably because they were more preoccupied with trying to find a way to hold on to office illegally and preparing plans to rig the upcoming 2020 election.

Additionally, shortly after the onset of COVID-19, the APNU/AFC government which was by then illegally in office, proceeded to lower the rate of duty charged by Guyana from 20 to 0 percent, which further exacerbated the CET violation. Worse yet, they did so without invoking emergency procedures through the appropriate COTED channels, which might have been used to regularize the matter. Instead, they acted with similar arbitrariness and highhandedness which characterized their entire five years of misrule.

Since then, Dominica has continued to pursue the matter bilaterally, and has suffered severe economic consequences as a result of the CET violation. Furthermore, Dominica and Guyana share an important trading relationship. Guyana is one of Dominica’s main export markets for soaps, accounting for approximately 42 percent of Dominica’s exports. In addition, Dominica sources 75 percent of its total rice imports from Guyana and 32 percent of its total imports of sugar.

Guyana’s failure to respect COTED’s 2018 ruling on this matter exposed our country to legal action by Dominica and other regional producers of soap through the Caribbean Court of Justice (CCJ) and could result in very substantial damages being awarded against Guyana which would in turn result in a significant cost to the public treasury.

The APNU/AFC is well aware of the history of this matter, and they had themselves already started to take action to reinstate the CET before they got busy trying to steal the 2020 election. Despite being in full possession of the facts surrounding this matter, they have chosen once again to follow the route of trying to mislead their rapidly dwindling number of supporters with a completely contrived and fanciful misrepresentation of this matter.

No soap imported from Dominica or any other CET Member State would be subject to duty. The reinstated CET applies only to soaps imported from outside the CET region.

The action taken today is consistent with the current Government’s respect for the rule of law, the CET being a legally binding regional obligation. This action is also consistent with Guyana’s solidarity with our brothers and sisters in Dominica for whom soap manufacturing is a major industry, a major employer, and a major source of foreign exchange. In exactly the same manner, Guyana would not wish for any other CARICOM Member State to violate the CET as it relates to any of the goods we produce and can export to the region.

It is indeed ironic and even comical that the APNU/AFC would seize on a single item on which the CET is being reinstated in keeping with a regional ruling on the matter, when it was the very APNU/AFC that imposed a vast array of punitive and unconscionable taxes on the people of Guyana, including on electricity, water, medical and educational supplies and services, household necessities, building materials, and heavy equipment for use in the mining and other industries. These punitive taxes have since been removed by the current Government, in line with its pre election commitment to do so.