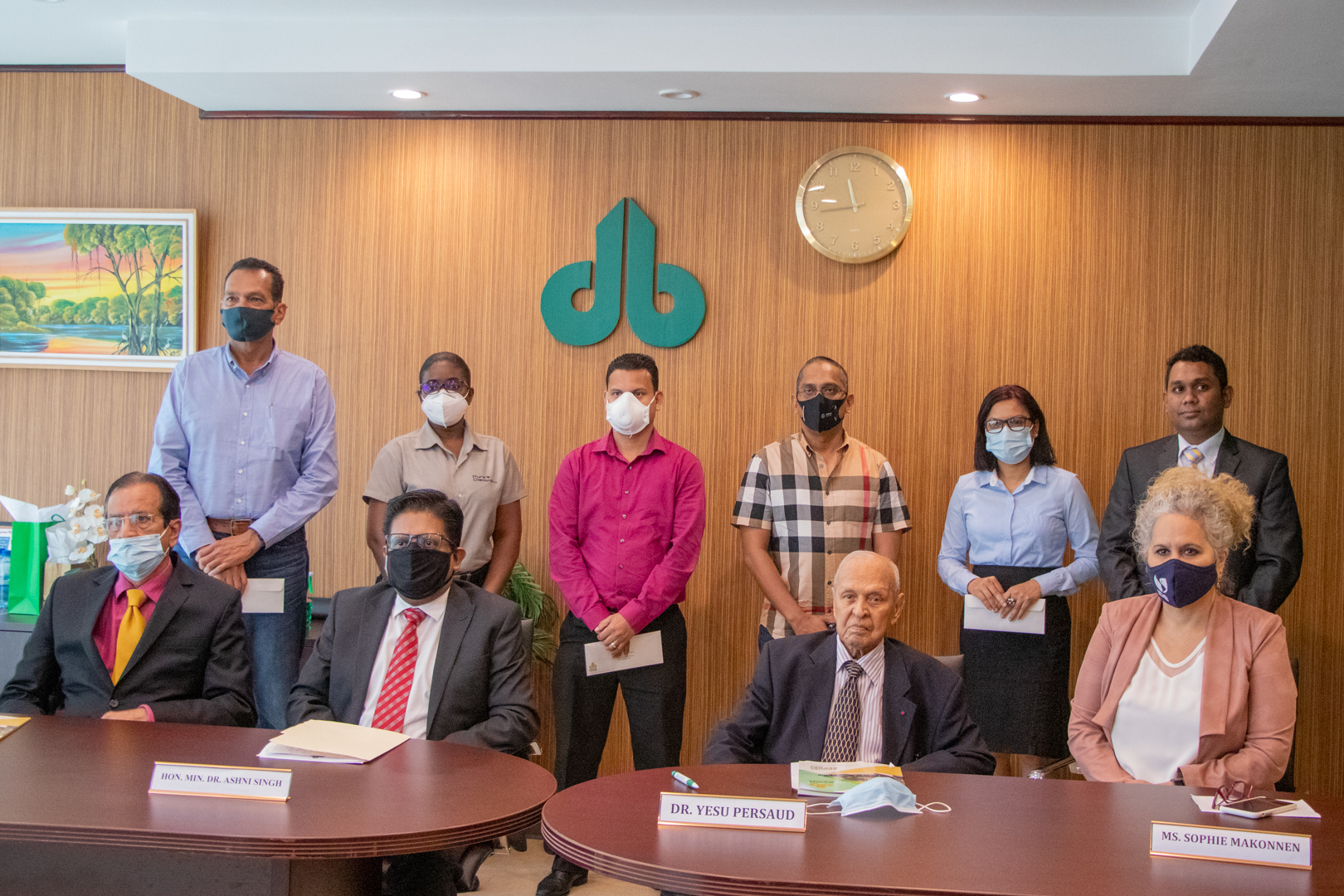 Georgetown, Ministry of Finance, June 23, 2021: Today, five private sector enterprises received financial support through Demerara Bank’s access to the Inter-American Development Bank’s (IDB) Trade Financing Facility (TFFP) Program during the Bank’s Disbursement ceremony at its Corporate Head Office on Camp Street. Senior Minister in the Office of the President with Responsibility for Finance, Dr. Ashni Singh in recognising the IDB’s efforts, urged the Bank to continue and expand its support to Guyana’s private sector in this regard as the country undergoes its current remarkable transition towards economic prosperity.

Demerara Bank was incorporated by the IDB into its TFFP in 2020 thereby later allowing for the opening of a line of credit to be used for short -tern international trade finance transactions to support local small and medium enterprises. Through the facility the bank is now able to diversify its network of partners and offer trade finance products for imports and exports including loans and guarantees. Alluding to this support, Minister Singh said it could not have come at a timelier period than the current, when the country is on the verge of an economic turn-around, despite the current challenges of a flood coupled with the COVID-19 pandemic.

“We are a resilient country and we are going to get past the flood…and once we get past this, we need to come together, Government, the financial sector, the domestic private sector and indeed our valued development partners to consider how to ensure we realize this aspiration we have. Today’s event is an important step in that direction- the disbursement of this US $7M from the IDB to Demerara Bank represents an example of what we can achieve through partnership.”

Also speaking at the event was IDB’s Country Representative Sophie Makonnen who noted that the IDB in considering the support, recognized the need for diversification in Guyana’s economy and the fundamental need for small business growth and small business support as well as increasing their capacity. This in turn, it was noted, would not only in turn assist in job creation but also in growth in the country’s Gross Domestic Product (GDP).

Meanwhile, Founding Chairman of the Board of Demerara Bank, Mr. Yesu Persaud whose idea it had been for the establishment of a local bank upon his return to Guyana many years ago, alluded to how his idea came to fruition after much difficulty in accessing a license at the beginning. Mr. Persaud , however referred to the many achievements the bank has had since then and how it has weathered all storms to become one of the most successful financial institutions in the country.

As part of its support, funding from the TFFP will also be directed towards the Agriculture and Mining sectors in Guyana.