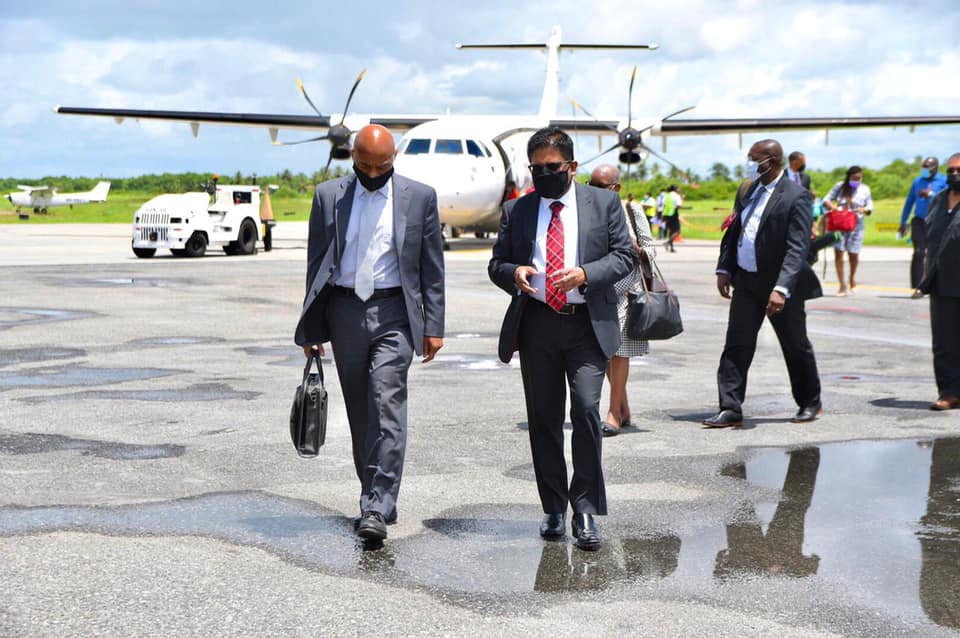 Georgetown, Ministry of Finance, July 9, 2021: Senior Minister in the Office of the President with Responsibility for Finance, Dr. Ashni Singh earlier today warmly welcomed newly-appointed Caribbean Development Bank (CDB) President Dr. Hyginus ‘Gene’ Leon upon his arrival at the Eugene Correia International Airport for an official visit to meet and have discussions with President Mohammed Irfaan Ali and other officials. Dr. Leon, who commenced his tenure on May 1 last, is slated to visit a number of places over the weekend along with his delegation, including several project sites as part of his visit.

The objective of the visit is to reaffirm CDB&#39;s commitment to Guyana and to explore opportunities for expanded partnership in pursuit of national development goals. The visit is also an opportunity for dialogue between the Bank and the Government of Guyana on the Government’s economic objectives and priorities and how CDB can support these through its assistance and lending programmes.

Guyana is one of the founding members of the CDB, having joined in 1970 and the Bank has been a leading partner in the country’s development over the past half century. CDB-funding in Guyana has been used for social and economic infrastructure, including schools, water systems and climate- resilient roads.

In 2020, CDB project-approvals in Guyana included US$ 9.9 million for the construction of a modern Hospitality and Training Institute and US$ 190 million for upgrading 121 kilometres of roadway from Linden to Mabura Hill – the largest ever project in the Bank’s history.

The new CDB President possesses over 30 years of experience in economic development during which he directed macroeconomic and financial policies in support of government authorities in Africa, the Middle East and Central Asia and the Caribbean. Dr. Leon also worked with the International Monetary Fund (IMF) for over 24 years and served as Mission Chief for the Gulf States of Oman, Qatar, and the United Arab Emirates as well as The Bahamas, Nigeria, and Zimbabwe. Additionally, he held the position of IMF’s Senior Resident Representative in Jamaica.

Prior to his engagement with the IMF, Dr. Leon was an Associate Professor at State University of New York at Old Westbury in the United States. He has also served as Director of Research at the Central Bank of Barbados and Country Economist at CDB.

Only recently, during his farewell to Dr. Leon’s predecessor, former CDB President Dr. William Warren Smith, Minister Singh had stressed on the excellent working relationship between the Government of Guyana and the CDB and the bank’s valuable support provided over the years.

Incidentally, the first country visited by the last CDB President when he commenced his tenure was Guyana and this country had received enormous support from that financial institution. The Bank has also provided support to other Regional States especially in the face of challenges by each member to various disasters and struggles.

Some of the additional CDB projects in Guyana include the Fourth Road Project: West Coast Demerara Road Improvement in 2013, the 2014 Sea and River Defense Resilience Project and the Skills Development and Employability Project in 2017. 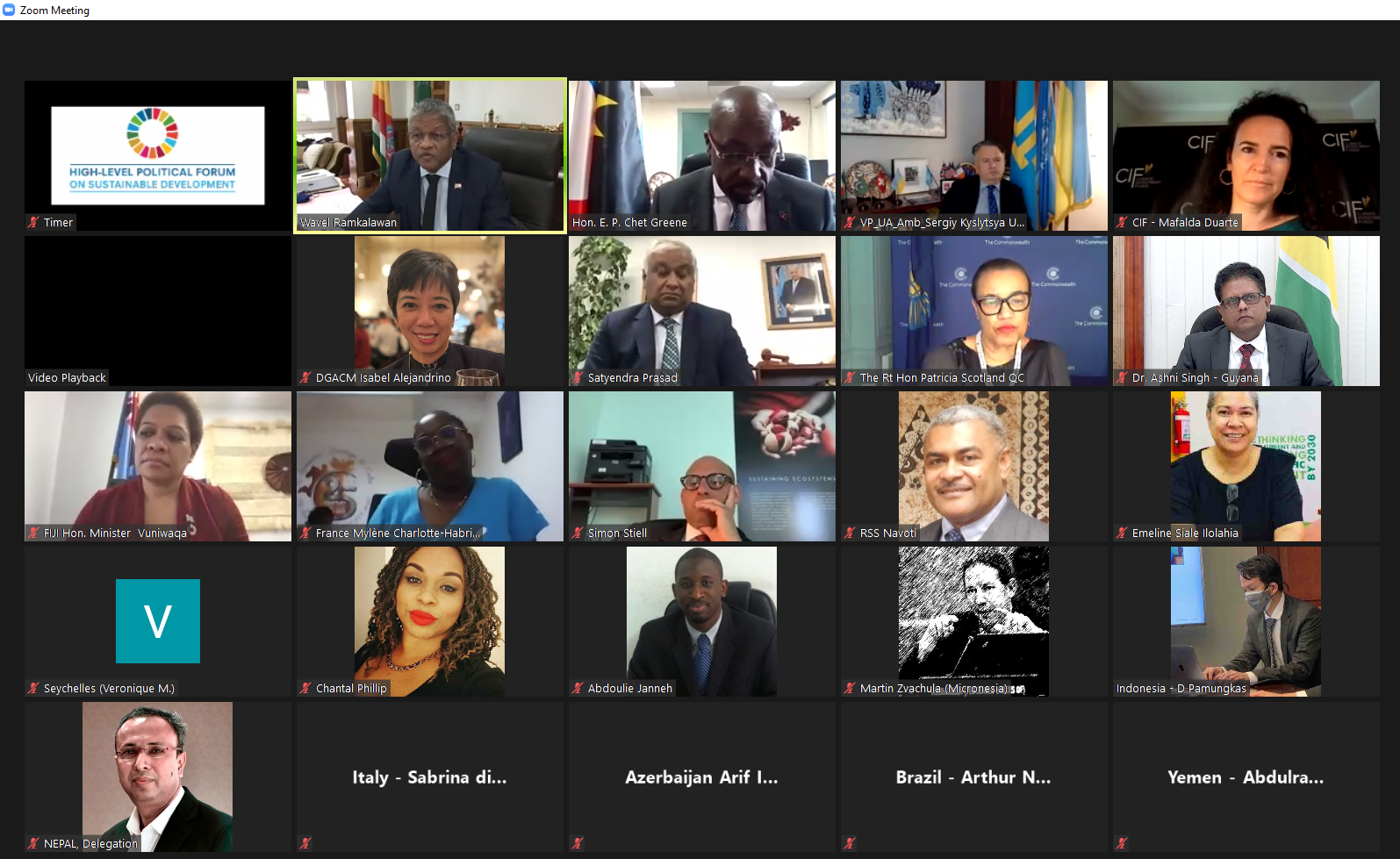 The Minister however told participants that the question of scale needs to be addressed after the first hurdle of access to concessional financing is crossed.

The Senior Finance Minister while continuing to stress on the unique multidimensional vulnerabilities faced by SIDS , alluded to the decades of research done under the auspices of the Commonwealth Secretariat in defining the peculiar vulnerabilities of small states but pointed out that rigorous articulation of these vulnerabilities needed to be moved to the point of a
universally- accepted multi-dimensional index in order to form a basis on which access to concessional financing is allowed.

“We have to recognize the oneness …the interconnectedness of our world and this has been reiterated amply by the onset of COVID-19 which has reminded us that events on one side of the world affect us on the other side of the world and so the reality is that the eradication of poverty globally is a global objective that we share and it is in everybody’s interest…the entire global community to ensure its achievement,” he added.

While elaborating even more on the effects of COVID-19 on SIDS as well as other recent disasters which these countries face, Minister Singh added, “there is clearly a strong and immediate
recommitment to multilateralism and the shared objectives that we embrace as a global community.”

He concluded that there is need for accelerated action on climate change, urgent action to harness the benefits of the ‘blue economy’ and the acknowledgement of the global community
that long-standing developmental financing commitments (some dating all the way back to the 1970s) need to be delivered.