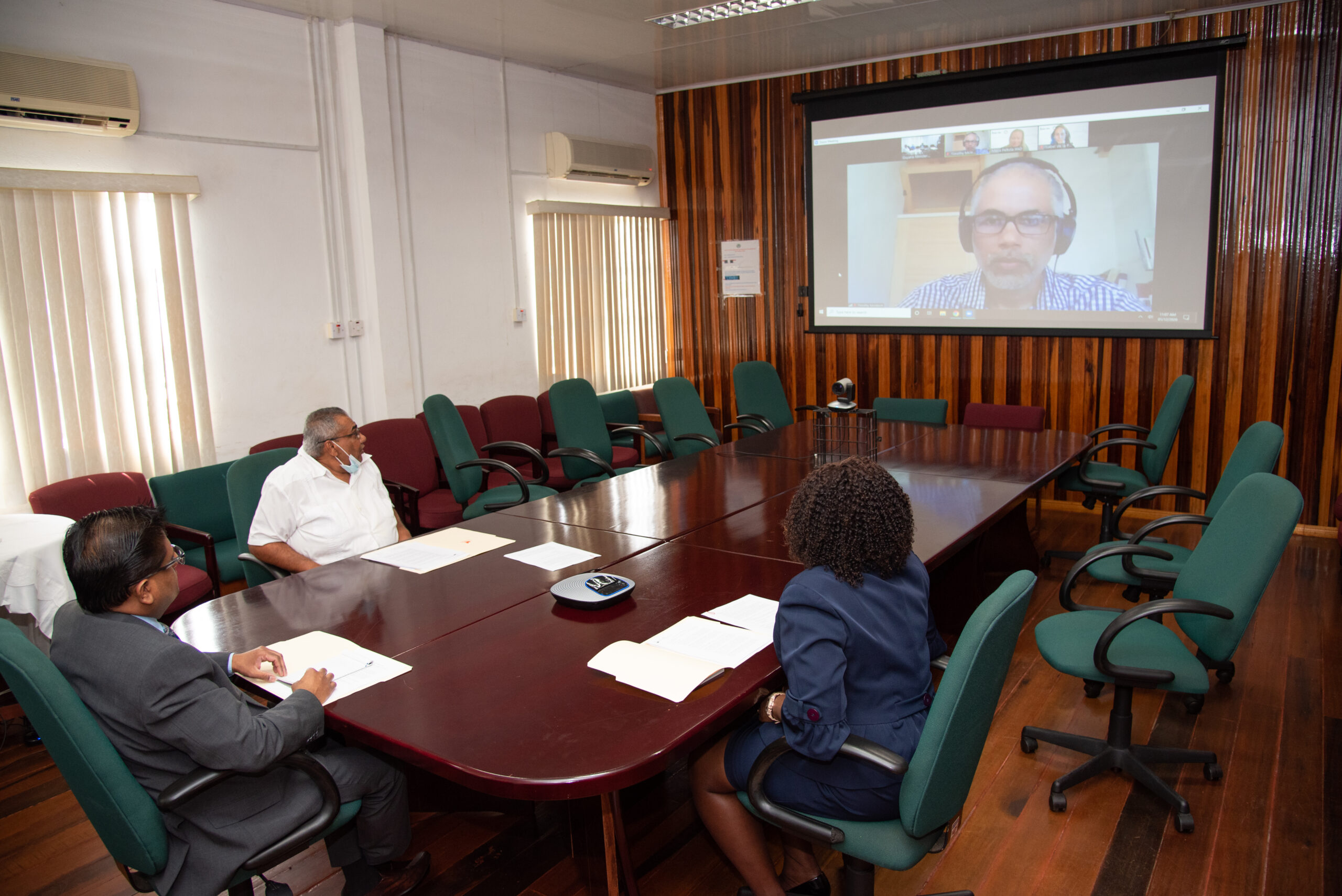 Georgetown, Ministry of Finance, December 1, 2020: With Government moving full speed ahead in terms of its reinvigoration of the agricultural sector to assist in boosting Guyana’s economy, the country’s Senior Minister of Finance within the Office of the President, Dr. Ashni Singh today participated in a virtual meeting with International Fund for Agricultural Development’s (IFAD) Country Manager, Ms. Maija Peltola and her team. The purpose of the meeting was to discuss financing for areas relating to Guyana’s agricultural sector which is a key pillar of the country’s economy and accounts for more than 20 percent of its Gross Domestic Product (GDP). Within the last years, less emphasis was placed on agriculture despite this sector contributing much in the past to the economy and employing large numbers of Guyanese. However, the new Government has been fervently mobilizing financing to inject more into the sector to ensure that it returns to its relevant mainstay position as a major contributor to the economy.

During the meeting, Minister Singh reiterated the high level of priority being placed by this Government on agriculture and food production, not only as a source of economic growth, but also as a means of generating income and improving the livelihood of Guyanese. He emphasized too that with continued focus on these areas, Guyana can also finally realize its potential of being the main source of agriculture and food production for the entire Caribbean region. IFAD began operations in Guyana over 20 years ago with the aim of expanding market opportunities for small scale rural producers to strengthen their capacity as small-scale enterprises. During the previous cycle, Guyana benefitted from US$6.9M for the Rural Enterprise and Agricultural Development project implemented during 2007-2015. Through this project, poor rural households in Regions 2,3,4,5,6 and 10 benefitted from better access to financial services and training in marketing and enterprise development. The initiative sought to improve the social and economic conditions of these households, particularly small-scale producers and vulnerable groups such as women and indigenous persons. Currently, Guyana’s active portfolio of operations with IFAD includes the Hinterland  Environmentally Sustainable Agricultural Development (HESAD) Loan with approved funds totaling US $7.952 M.